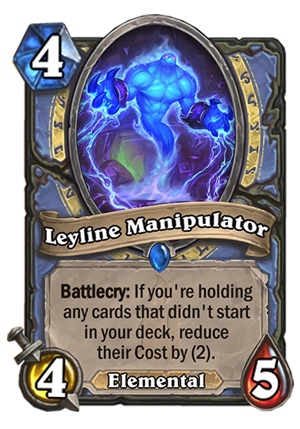 Battlecry: If you're holding any cards that didn't start in your deck, reduce their Cost by (2).

The shortest distance between two points is a leyline.
Tweet