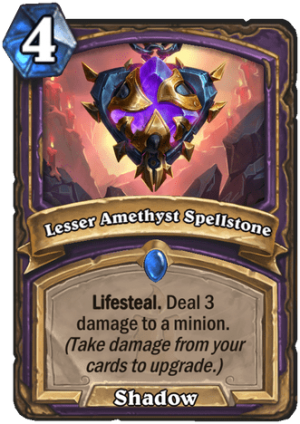 Lifesteal. Deal 3 damage to a minion. (Take damage from your cards to upgrade.)