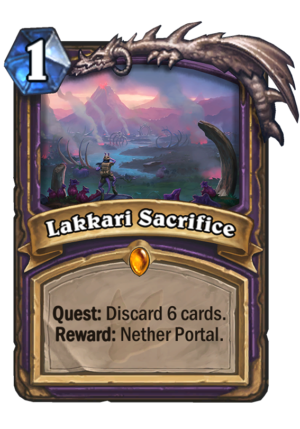 Lakkari Sacrifice is a 1 Mana Cost Legendary Warlock Spell card from the Journey to Un'Goro set!

They asked, “And what must we give in return?” Gul’dan lowered his hood and answered: “Six… cards…”
Tweet