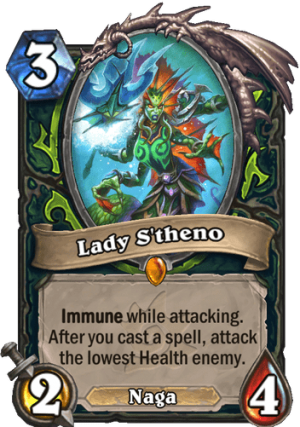 Lady S’theno is a 3 Mana Cost Legendary Demon Hunter Minion Naga card from the Voyage to the Sunken City set!

Immune while attacking. After you cast a spell, attack the lowest Health enemy.