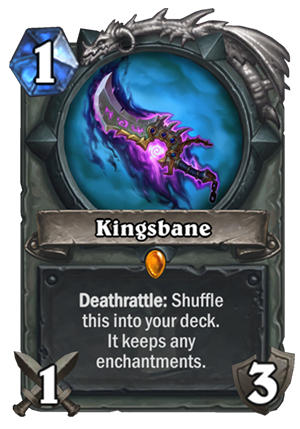 Kingsbane is a 1 Mana Cost Legendary Rogue Weapon card from the Kobolds and Catacombs set!

Deathrattle: Shuffle this into your deck. It keeps any enchantments.

But it has a soft spot for emperors.
Tweet