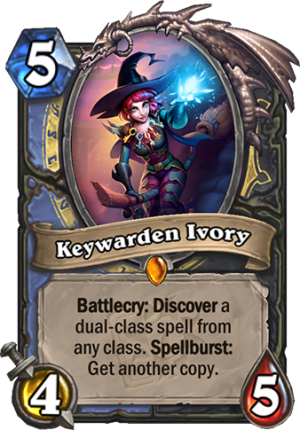 Battlecry: Discover a dual-class spell from any class. Spellburst: Get another copy.

She learned exactly one thing from her old man: copying.
Tweet