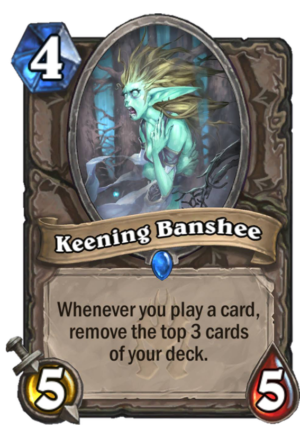 Keening Banshee is a 4 Mana Cost Rare Neutral Minion card from the Knights of the Frozen Throne set!

Whenever you play a card, remove the top 3 cards of your deck.

"What are your strengths?" the interviewer asked. "Well," she replied, "I'm really good at keening."
Tweet