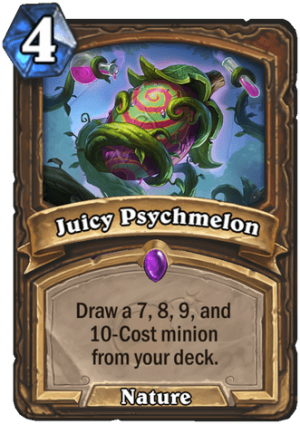 Juicy Psychmelon is a 4 Mana Cost Epic Druid Spell card from the The Boomsday Project set!

It's not juicy at all. IT'S JUST MESSING WITH YOUR HEAD.
Tweet