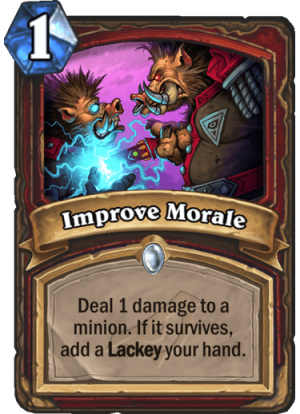 Improve Morale is a 1 Mana Cost Common Warrior Spell card from the Rise of Shadows set!

Deal 1 damage to a minion. If it survives, add a Lackey to your hand.

"The beatings will continue until MY morale improves."
Tweet