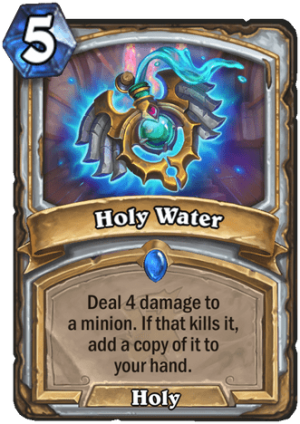 Holy Water is a 5 Mana Cost Rare Priest Spell card from the The Witchwood set!

Deal 4 damage to a minion. If that kills it, add a copy of it to your hand. 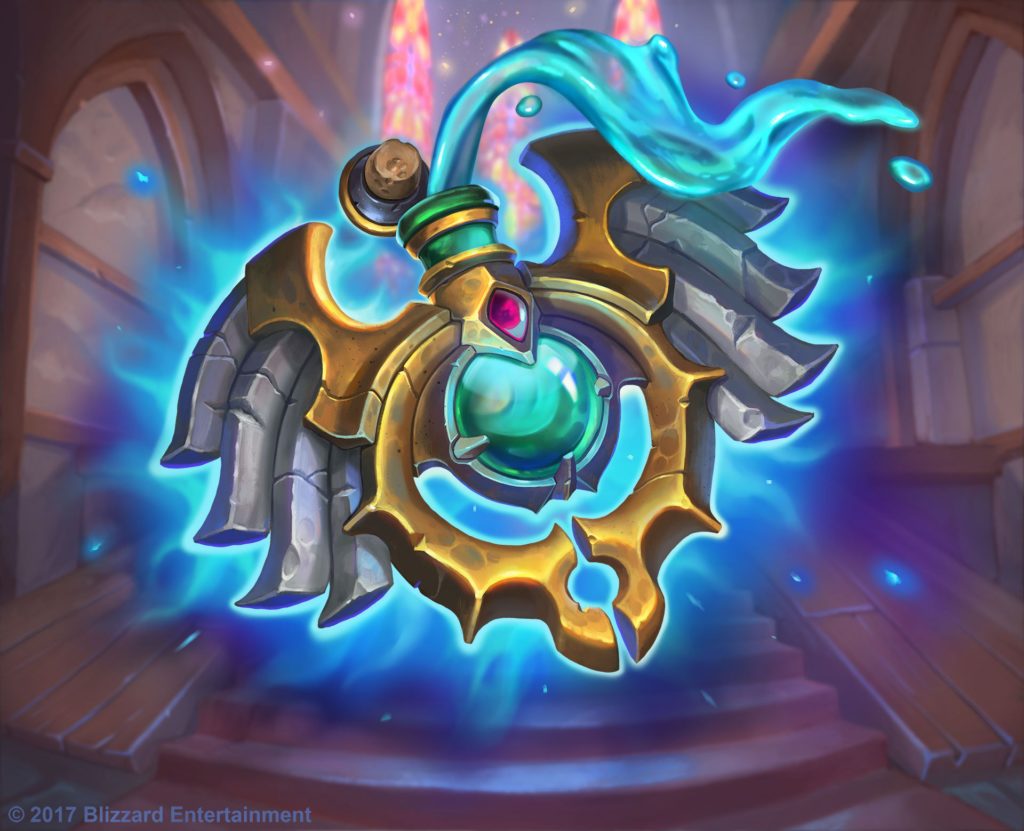