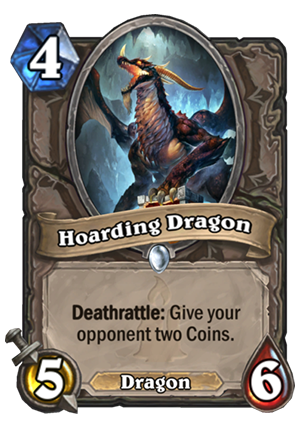 Deathrattle: Give your opponent two Coins.