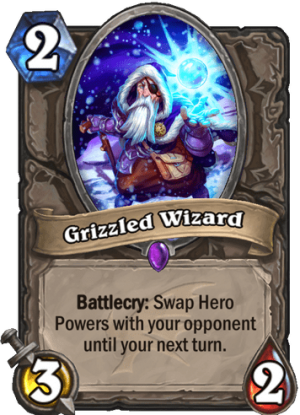 Grizzled Wizard is a 2 Mana Cost Epic Neutral Minion card from the Descent of Dragons set!

Battlecry: Swap Hero Powers with your opponent until next turn.

When he was young, he was an Outrageous Magus.
Tweet