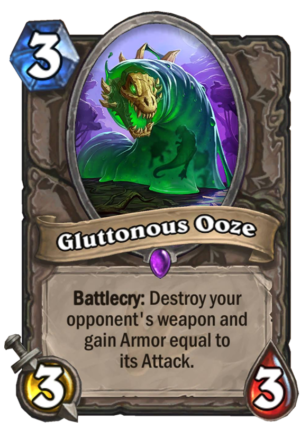 Gluttonous Ooze is a 3 Mana Cost Epic Neutral Minion card from the Journey to Un'Goro set!

Battlecry: Destroy your opponent's weapon and gain Armor equal to its Attack.