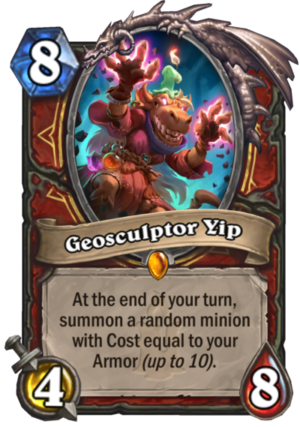 Geosculptor Yip is a 8 Mana Cost Legendary Warrior Minion card from the Kobolds and Catacombs set!

At the end of your turn, summon a random minion with Cost equal to your Armor (up to 10).

Once crafted a gauntlet out of earwax and pure ambition.
Tweet