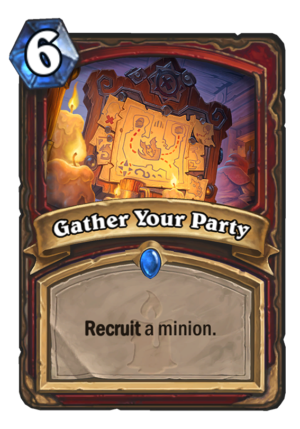 Gather Your Party is a 6 Mana Cost Rare Warrior Spell card from the Kobolds and Catacombs set!

There is not much to say about this one, it’s mostly used to showcase the Recruit mechanic. It might enable some sort of Big Warrior deck on a more consistent basis because at Rare you can run two of those, but that remains to be seen. Until we know what the meta will shape to be like, it’s really hard to say. Right now it seems there are better things you could be doing in Warrior. To be realistic, this is a very powerful card. Cheating out big impactful minions should never be overlooked, however, there is also the problem of exactly what the pool of big minions to cheat out is at the moment. That being said, it’s priced just a tad bit too fairly for an unfair card (if that makes sense), so it might simply not be as impactful as other options in different classes. The problem with Gather Your Party is that unlike other Recruit cards (not that we have seen too many) is that it’s very generic – you can’t take advantage of tutoring something, which would normally be very scary, because “a minion” means any minion in your deck, making it unreliable. If there is only one minion in your deck however… you are getting into fun but not competitive territories. 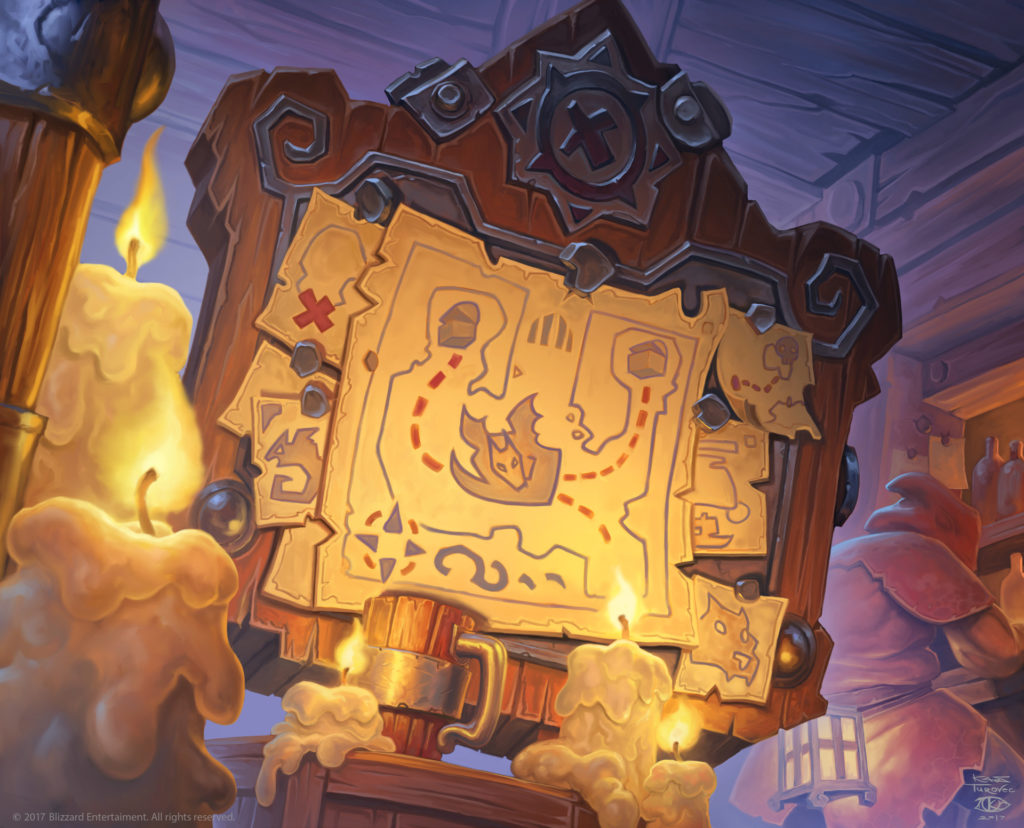