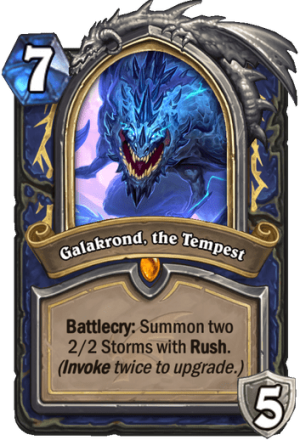 Galakrond, the Tempest is a 7 Mana Cost Legendary Shaman Hero card from the Descent of Dragons set!

Hagatha cried out over the winds: "Truly, you are as powerful as the Maelstrom!" To which the Tempest answered: "I AM THE MAELSTROM."
Tweet 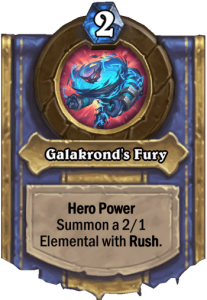 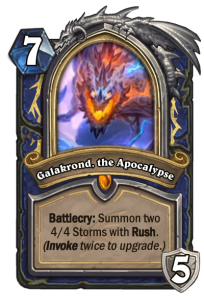 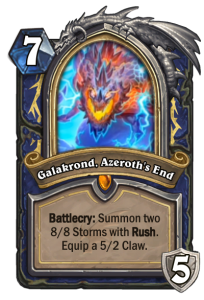 Cards Relating to Galakrond, the Tempest