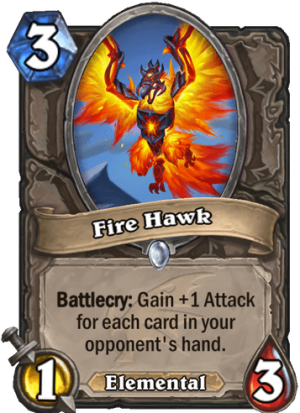 Battlecry: Gain +1 Attack for each card in your opponent's hand.