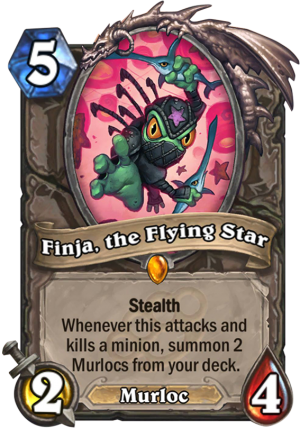 Finja, the Flying Star is a 5 Mana Cost Legendary Neutral Minion Murloc card from the Mean Streets of Gadgetzan set!

Stealth Whenever this attacks and kills a minion, summon 2 Murlocs from your deck.