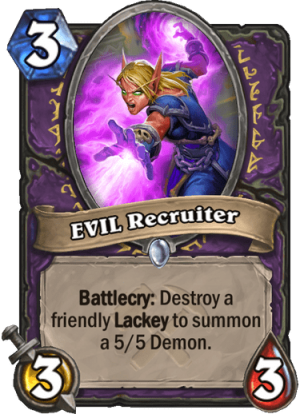 EVIL Recruiter is a 3 Mana Cost Common Warlock Minion card from the Saviors of Uldum set!

Battlecry: Destroy a friendly Lackey to summon a 5/5 Demon. 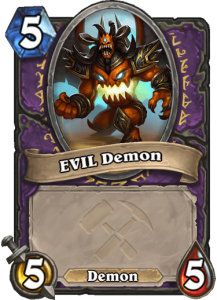