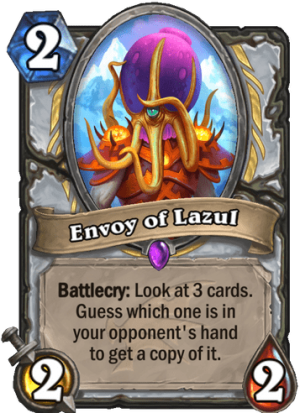 Envoy of Lazul is a 2 Mana Cost Epic Priest Minion card from the Descent of Dragons set!

Battlecry: Look at 3 cards. Guess which one is in your opponent's hand to get a copy of it.

"Note to self: possess someone who's local and knows directions next time."
Tweet