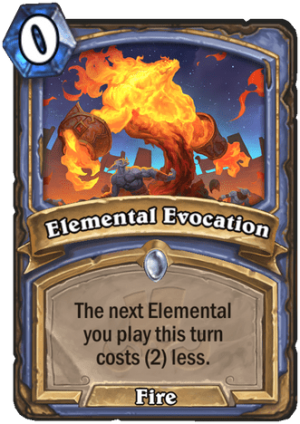 The next Elemental you play this turn costs (2) less.