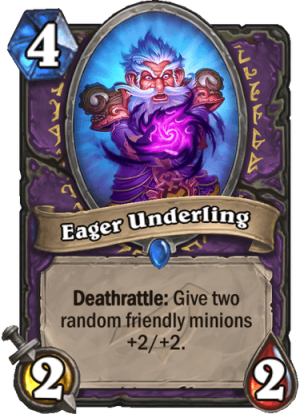 Eager Underling is a 4 Mana Cost Rare Warlock Minion card from the Rise of Shadows set!

Eager to please, even if it kills him.
Tweet