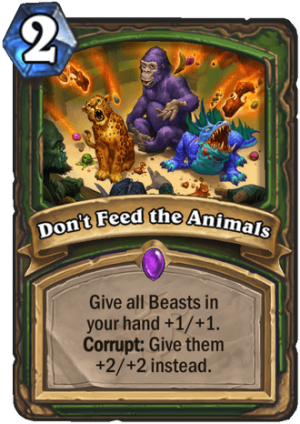 Don’t Feed the Animals is a 2 Mana Cost Epic Hunter Spell card from the Madness at the Darkmoon Faire set!

They're still cleaning up the mess from the last time someone fed the basilisk a deep fried candybar.
Tweet 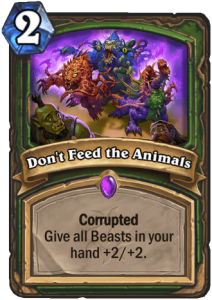