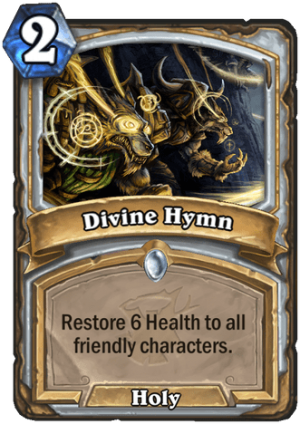 Divine Hymn is a 2 Mana Cost Common Priest Spell card from the The Witchwood set!

Restore 6 Health to all friendly characters.

Taken up an octave, it's highly effective against stained glass golems.
Tweet