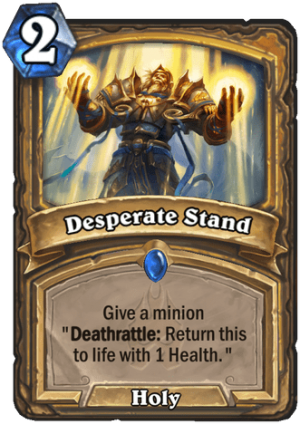 Desperate Stand is a 2 Mana Cost Rare Paladin Spell card from the Knights of the Frozen Throne set!

Give a minion "Deathrattle: Return this to life with 1 Health."

They're grateful for the help, but most minions would prefer not dying in the first place.
Tweet