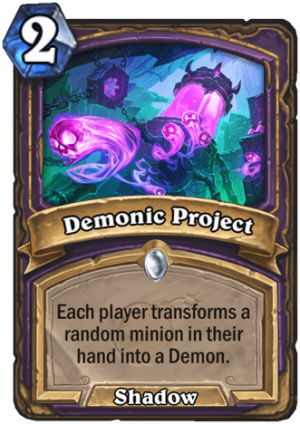 Demonic Project is a 2 Mana Cost Common Warlock Spell card from the The Boomsday Project set!

Each player transforms a random minion in their hand into a Demon.

Another group project where Jaraxxus doesn't do any work.
Tweet 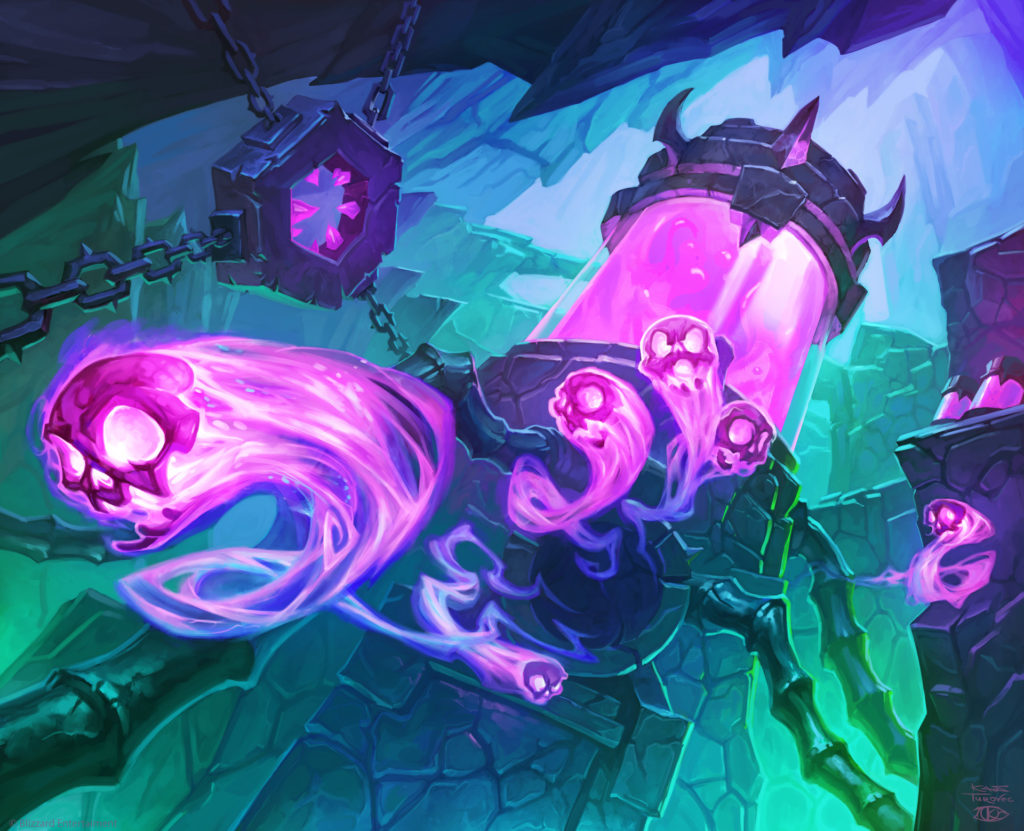