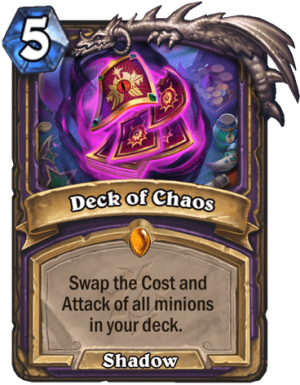 Deck of Chaos is a 5 Mana Cost Legendary Warlock Spell card from the Madness at the Darkmoon Faire set!

Swap the Cost and Attack of all minions in your deck.