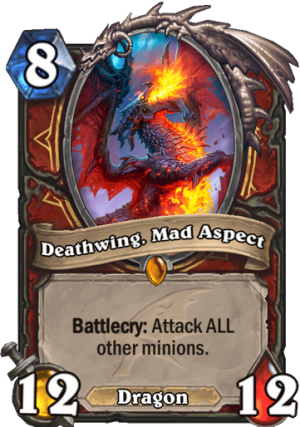 Battlecry: Attack ALL other minions.

Bite that one, bite that other one, claw this one, swallow that one whole....
Tweet