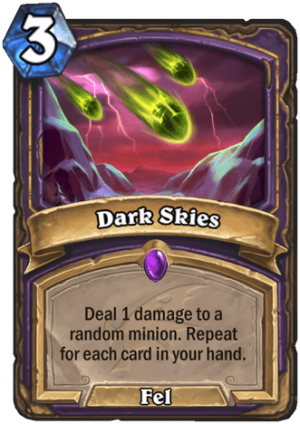 Dark Skies is a 3 Mana Cost Epic Warlock Spell card from the Descent of Dragons set!

Deal 1 damage to a random minion. Repeat for each card in your hand.

"It's a drizzle of fire. A fine mist, really."
Tweet