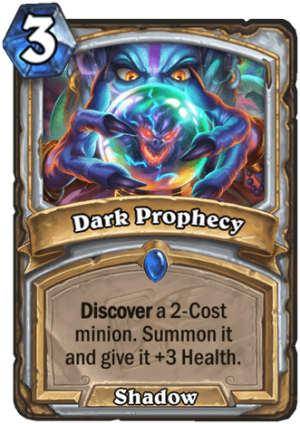 Discover a 2-Cost minion. Summon it and give it +3 Health.