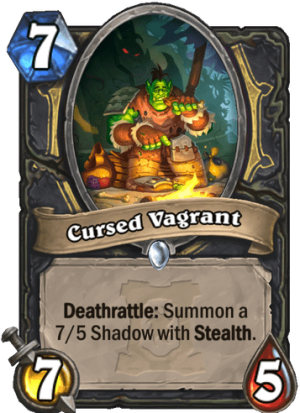 Cursed Vagrant is a 7 Mana Cost Common Rogue Minion card from the Ashes of Outland set!

Deathrattle: Summon a 7/5 Shadow with Stealth.

Little did he know… it was really the talbuk leg that was cursed.
Tweet 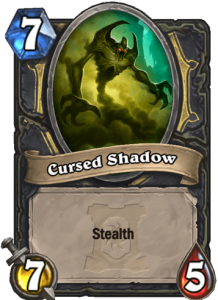