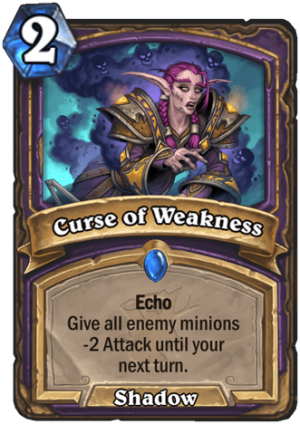 Curse of Weakness is a 2 Mana Cost Rare Warlock Spell card from the The Witchwood set!

Echo Give all enemy minions -2 Attack until your next turn.

Warlocks refer to this as a "balance change."
Tweet