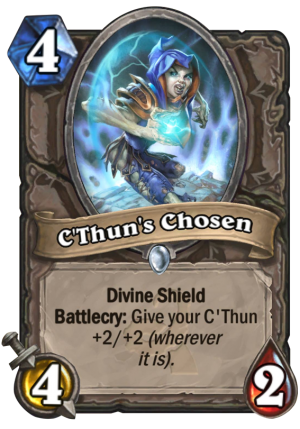 C’Thun’s Chosen is a 4 Mana Cost Common Neutral Minion card from the Whispers of the Old Gods set!

Divine Shield Battlecry: Give your C'Thun +2/+2 (wherever it is).

He gave her a promise ring and everything.
Tweet