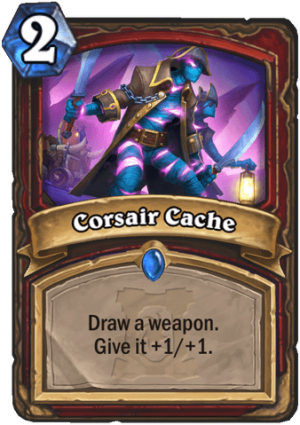 Corsair Cache is a 2 Mana Cost Rare Warrior Spell card from the Ashes of Outland set!

Where's a corsair's favorite place to hide treasure? Under their deck!
Tweet