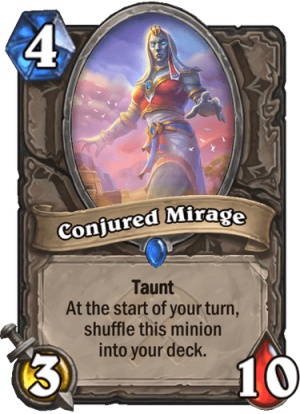 Conjured Mirage is a 4 Mana Cost Rare Neutral Minion card from the Saviors of Uldum set!

Taunt At the start of your turn, shuffle this minion into your deck.