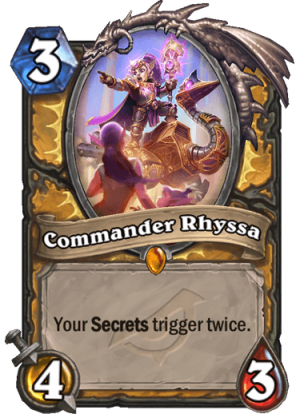 Commander Rhyssa is a 3 Mana Cost Legendary Paladin Minion card from the Rise of Shadows set!

Two people can keep a secret as long as neither of them are Commander Rhyssa.
Tweet