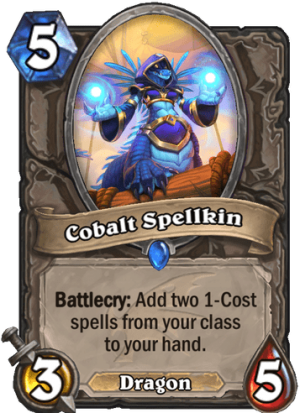 Battlecry: Add two 1-Cost spells from your class to your hand.