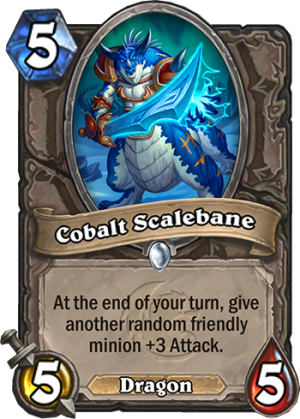 At the end of your turn, give another random friendly minion +3 Attack.