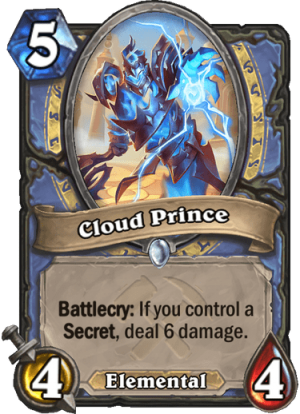 Battlecry: If you control a Secret, deal 6 damage.

"In West Cloudidelphia, born and raised; flinging lightning for the rest of my days."
Tweet