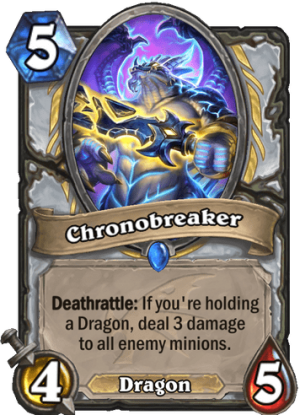 Chronobreaker is a 5 Mana Cost Rare Priest Minion Dragon card from the Descent of Dragons set!

Deathrattle: If you're holding a Dragon, deal 3 damage to all enemy minions.

If he asks to borrow your watch, just say no.
Tweet