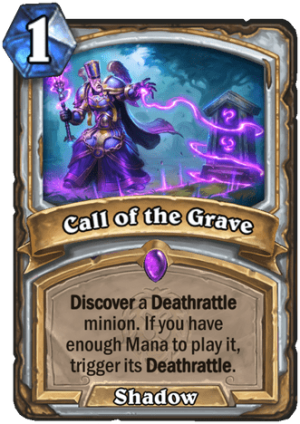 Call of the Grave is a 1 Mana Cost Epic Priest Spell card from the United in Stormwind set!

Discover a Deathrattle minion. If you have enough Mana to play it, trigger its Deathrattle.