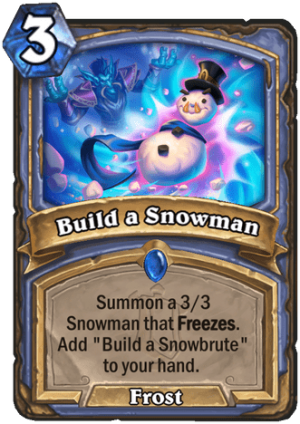 Build a Snowman is a 3 Mana Cost Rare Mage Spell card from the Fractured in Alterac Valley set!

Summon a 3/3 Snowman that Freezes. Add "Build a Snowbrute" to your hand.

This is the coolest spell once you get it rolling.
Tweet 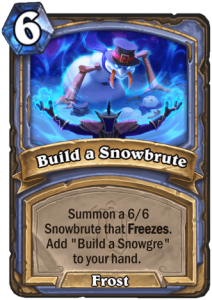 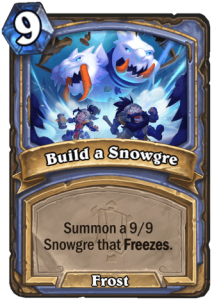 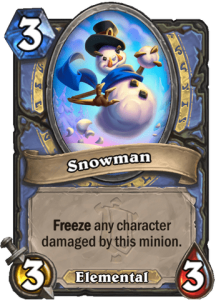 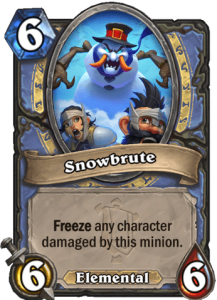 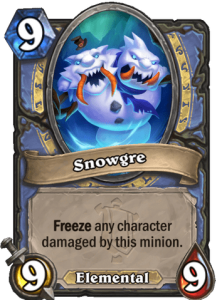 Cards Relating to Build a Snowman