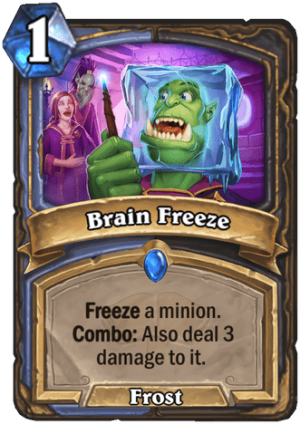 Freeze a minion. Combo: Also deal 3 damage to it.

"The professor called on me, and I totally froze!"
Tweet