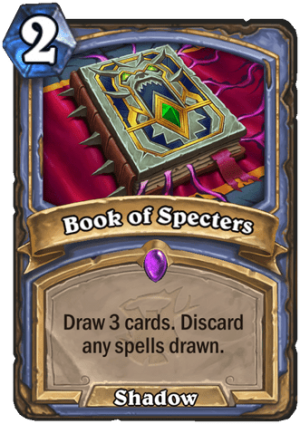 Book of Specters is a 2 Mana Cost Epic Mage Spell card from the The Witchwood set!