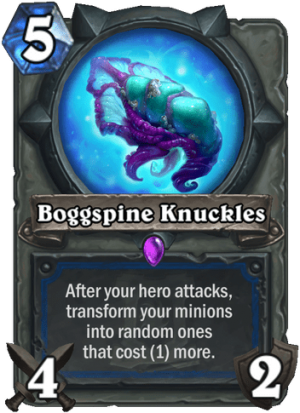 Boggspine Knuckles is a 5 Mana Cost Epic Shaman Weapon card from the Ashes of Outland set!

After your hero attacks, transform your minions into random ones that cost (1) more.

I would NOT want to put my hand in there. It's... SQUISHY.
Tweet