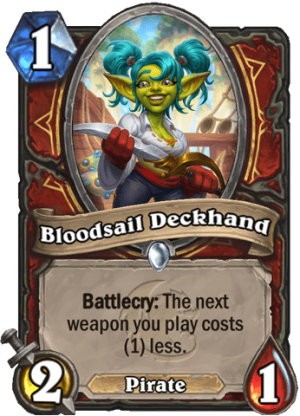 Battlecry: The next weapon you play costs (1) less.