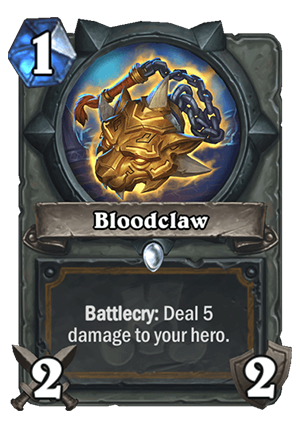 Battlecry: Deal 5 damage to your hero.