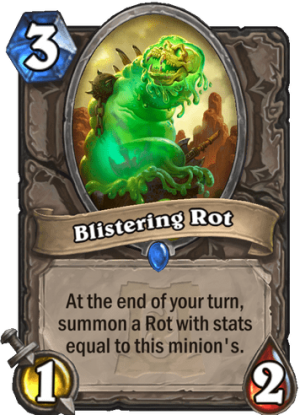 Blistering Rot is a 3 Mana Cost Rare Neutral Minion card from the Ashes of Outland set!

At the end of your turn, summon a Rot with stats equal to this minion's.

Known as 'Fel Gel' to the Illidari, it's excellent protection against harsh Draenic sunshine.
Tweet