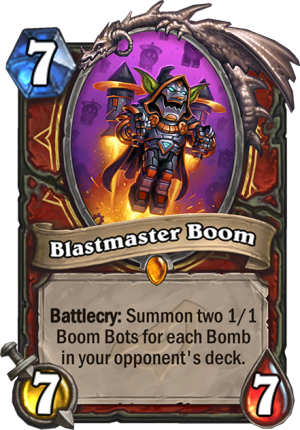 Blastmaster Boom is a 7 Mana Cost Legendary Warrior Minion card from the Rise of Shadows set!

Battlecry: Summon two 1/1 Boom Bots for each Bomb in your opponent's deck.

He's gonna fly through the air with the greatest of grease.
Tweet 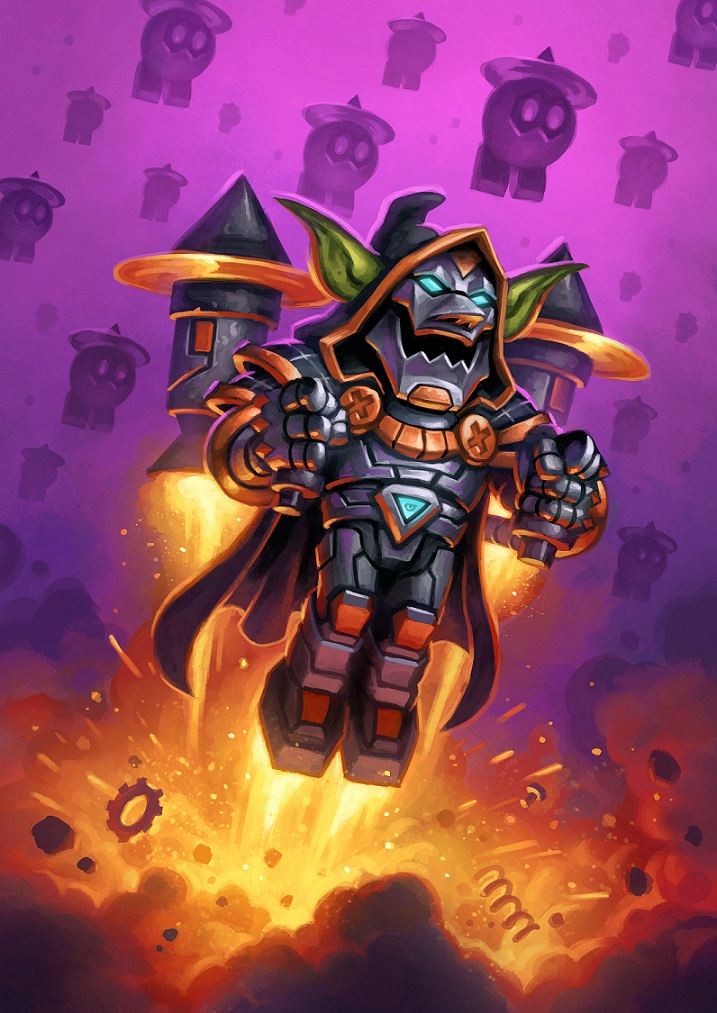