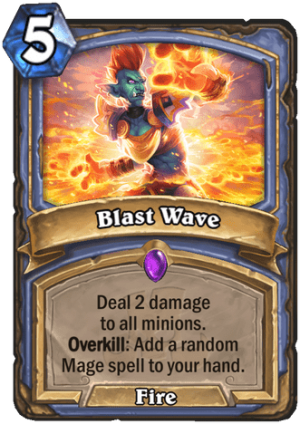 Deal 2 damage to all minions. Overkill: Add a random Mage spell to your hand.

If you’re burning and you know it, wave your hands!
Tweet